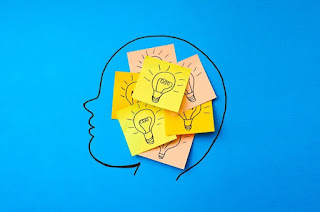 Many of us suffer sometimes from forgetting and losing any information or dates, even passwords used, in certain places, here are 10 tips that may help you to strengthen memory and increase focus:

In fact, you can convince yourself that you have a strong memory, and this comes gradually by adjusting your memories to the tasks of your day and accomplishing them throughout the day.

It is preferable to keep your mind active all the time to improve memory, by developing mental skills, such as learning a new language, learning musical instruments, or playing new games that can keep your mind in an active state.

3- Doing exercise on a daily basis

Regular exercise improves blood circulation in a highly efficient manner throughout the body, try to exercise daily. You can start with 15 minutes a day.

Getting an adequate amount of sleep affects the brain’s ability to remember information, according to a study conducted by the University of Michigan, and they found that during sleep the brain performs the process of processing information in the unconscious mind, which improves the ability of memory after waking.

Foods that contain omega-3 reduce the risk of aging and memory problems, as a recent study at the University of California showed, they discovered that participants who regularly ate foods containing omega-3 had a low level of beta-amyloid in the blood, there are many Studies suspect that it is responsible for destroying brain cells that lead to Alzheimer's.

Caffeine can improve mental performance and memory because it stimulates several areas of the brain that regulate alertness, arousal, mood and focus, as researchers at the University of Arizona found that older adults who drank a pint of coffee before a memory test experienced a significant improvement in performance compared to those who They drink decaffeinated coffee.

A medical study revealed that chewing gum makes a person smarter because of its positive effects on cognitive tasks such as thinking and memory, as they recover more words and perform better on memory tests.

People whose diet contains a lot of foods containing vitamin B score the highest on exams, which test the mind and reduce the incidence of memory diseases.

You can have more of these foods (berries - red onions - nuts - eggplant - rosemary - apples - tomatoes).

10 - Stay away from tension

Intense daily stress and anger affect health and cause cardiovascular disease, so try to relax and practice "yoga" regularly or other various exercises.