Coronavirus: A US panel of experts votes in favor of granting the Moderna vaccine an emergency license 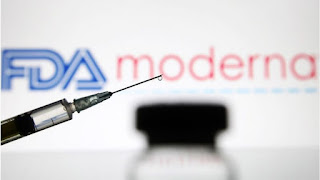 A committee of experts in the United States voted in favor of granting emergency approval for the "Moderna" vaccine against the Coronavirus.

This step paves the way for the start of the process of distributing six million doses of this vaccine as of the end of this week.

The trials showed that the moderna vaccine is 94 percent effective, involving 30,000 people, without serious side effects.

The panel, made up of scientists, doctors and officials from federal health agencies - voted in favor of the vaccine by 20, while one abstained.

The question that the panel’s experts voted on was: “Based on all available scientific evidence, do the benefits of Moderna vaccine against Covid-19 outweigh the risks of using it in people aged 18 years and over?”

Although the committee's decision is a non-binding recommendation, it opens the door for the US Food and Drug Administration to issue an emergency license to use this vaccine.

The Food and Drug Administration is expected to allow the vaccine to be used on Friday, making it the second vaccine licensed for use in the United States.

Similar to the Pfizer / Bionic vaccine, the Food and Drug Administration is expected to recommend that Moderna not be given to people at risk of developing an allergic reaction.

Since the "Moderna" vaccine is given in two doses, four weeks apart, this quantity is sufficient to vaccinate 100 million people.