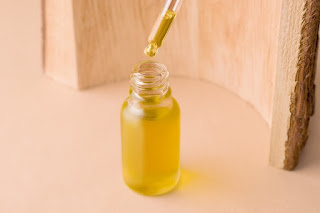 The discovery of the jojoba plant is a modern matter, not an ancient one, as this plant was known in 1822 in the United States of America. And this was after the United States decided not to use whale oil in the cosmetic industry, so the oil of the jojoba plant was turned to after it was discovered that jojoba seeds produce oil after being heated. In fact, this oil is actually a wax that melts instantly if it is placed at room temperature and is somewhat similar to the sebum oil produced by the skin of the human body. This oil has many great benefits in various fields, and in this article, we will learn about the most important benefits of jojoba oil for face and skin.

Jojoba oil helps balance the production of sebum in the skin.

Jojoba oil is a balm for eyelashes. As it maintains its health and strength.

Jojoba oil can be used to treat chapped and dry lips, by applying it regularly to the lips to keep them hydrated and soft.

It is used to moisturize all parts of the body, which gives it softness.

Jojoba oil can be used to keep hair soft, moisturized and get rid of dryness, and it also adds a beautiful shine to hair, especially dry hair, treats split ends, and increases the strength of the hair itself. It can be used with any type of conditioner, then put it on the hair in the usual way, and then rinse it well.

Jojoba oil is used for sensitive skin, especially for people who suffer from eczema.

Jojoba oil reduces the proportion of wrinkles on the skin and fights them, and it also helps in the growth of skin cells.

It is used to moisturize nails, maintain their health and strength, and prevent breakage.